Life after the stamp duty holiday – what does the market look like? 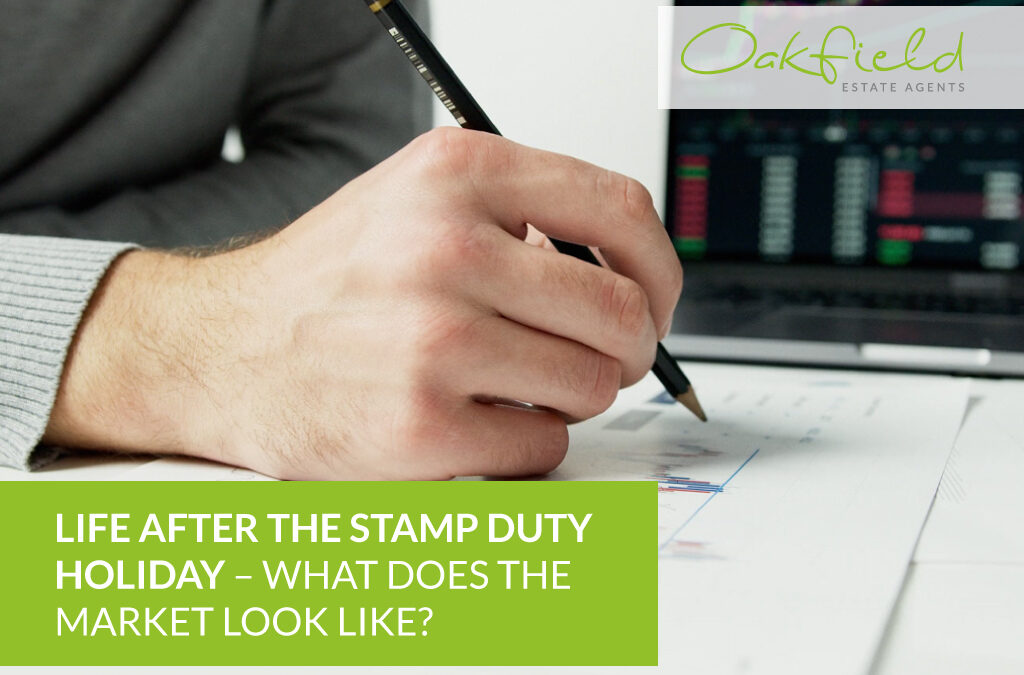 The first stage of the stamp duty holiday ended on June 30, lowering the nil rate threshold to £250,000 until September 30. After that point, it will return to pre-Covid levels of £125,000, although first-time buyers will still be exempt from paying stamp duty on homes worth up to £300,000.

It was definitely the case that the stamp duty holiday offered a massive boost to the market after it was introduced in July 2020, with the extension announced at the Budget in March 2021 offering a further boost. But how is the market coping now that the first stage has ended and the phasing out of the holiday is underway?

In simple terms, there has been very little difference in the market. Many had already factored in the end of the first stage of the stamp duty holiday into their purchases and the feared mass withdrawals or cliff-edge haven’t materialised.

What’s more, the holiday is still ongoing and still a major factor for many buyers of more affordable properties, as is generally the case in somewhere like East Sussex compared to London and very affluent parts of the South East.

In Bexhill On Sea, for example – a historic seaside town with plenty going for it – flats currently have an average price of £181,353, well below the new threshold.

It’s a similar story in Eastbourne, where flats are selling for an average price of £209,584, according to Rightmove.

In other words, buyers, landlords and investors could still make sizeable stamp duty savings when purchasing in these locations, which should help to keep demand high.

Not the only thing boosting momentum

Of course, the stamp duty holiday isn’t the only thing sustaining the market at its currently very high level of activity. There are also Covid-related lifestyle changes to factor in, as people seek new homes with more space and home offices, positive borrowing and lending conditions, and seasonal considerations.

Activity, demand and people moving home all typically go up in the summer months as people have more time on their hands to browse for properties and prefer to move when the weather is better. After all, it’s far more desirable to move house when the weather is warm and sunny compared to the chill and rain of winter.

Equally, many families want to be moved in before the start of the school and university term in September, to ensure they are settled in adequately.

We know that interest rates are still at record low levels, with no indication that this will change anytime soon, which continues to be good news for borrowers. The deals on the market remain strong, while lenders are increasingly willing to lend higher amounts now that the economy is restarting properly, and some sense of normalcy is returning.

Further to the above, there’s the 95% mortgage guarantee scheme to consider, which is targeted at all kinds of buyers in giving them a helping hand on or up the ladder.

All of these things are helping to drive momentum and keep activity high, even as the first stage of the stamp duty holiday ended.

What will happen when the stamp duty holiday ends?

There can be no knowing for sure, but it seems inevitable there will be some drop-off in demand and activity after September 30. There is likely to be another late stamp duty rush, as was seen before the June 30 cut-off, which will then fall away somewhat, but talk of a market crash is way wide of the mark.

The fundamentals of the market remain strong and big incentives to buy and sell remain in play. While that is the case, there will be no dramatic drop-off in demand and prices.

Zoopla’s latest House Price Index showed that the market still remains elevated, despite many purchasers accepting that they would miss the initial stamp duty deadline thanks to delays in the conveyancing process and the subsequently longer period it took to finalise a sale.

The portal’s data shows that demand from buyers is still some 55% above that seen in 2019, with house price growth in lots of UK regions at a decade-long high.

The website has forecast that this year will be one of the busiest since the global financial crisis in 2007-8, with more than 1.5 million residential transactions taking place.

The stamp duty holiday is only one factor – albeit a very important factor – in that, and there are no suggestions that the market will fall away drastically from the start of October onwards. The market tends to slowdown as we reach Christmas and the festivities – although that didn’t happen last year, due to Christmas being a strange affair – and we could see higher than usual levels of moving this winter as well as people continue to re-evaluate their plans and lifestyles.

To find out more about what we can do to help you sell, let, buy or rent a property, please get in touch with us today. We have properties for sale in Eastbourne, Hastings and Bexhill and you can request a free instant online valuation to see how much your East Sussex property could sell for in the current marketplace.

Do you know someone who is thinking of selling a property? Refer a friend and we’ll give you £100 on completion of the sale!