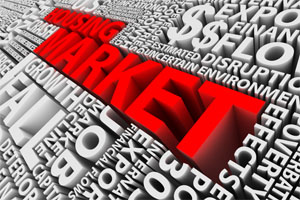 It’s a funny old thing, the British housing market. Just when you might expect the political uncertainty prompted by the “B” word to dull the market further, it leaps! That’s the way things look from where we’re standing anyway! Not only have we experienced an extremely strong start to the year, both in terms of new instructions and offers agreed, but this appears to be supported across the board.

For example, a founder of MyHomeMove, a major conveyancing firm, reported that they had received (and processed) some 1400 conveyancing enquiries last weekend alone! Surely this is an indication of a market that has decided to keep calm and carry on moving! This is mirrored by a 5.3% increase in mortgage approvals complimenting a 5.8% decrease in remortgaging (source UK Finance Data). In other words, people are once more moving rather than improving.

Along with the inevitably optimistic perspectives of your average estate agent (although nobody has ever accused us of being average) these are front-end figures that take a snapshot of how the market is right now – not Building Society completions or Land Registry figures (often four to six months months out of date), nor ONS figures (based on the Land Registry). Our instruction levels are up, our offers are up and our sales arranged are up. Even some prices are up too!

According to the NAEA, the stock of properties overall is also on the rise – by 20% on last year and the highest it has been for four years. However, we do not expect this to negatively impact on house prices, as there is still a lot of pent-up demand, especially from people who thought the choice of properties to buy was limited; so they sat tight. But now they are moving again with the NAEA reporting that overall demand is up 13% on this time last year.

The confusion and uncertainty of Brexit has effectively lasted two years. People are now tiring of it, and are clearly refocusing on getting on with their lives. As ever, the economists missed this one, so if your intention is to consider a move this year – you might just want to bring that forward a bit and take advantage of what appears to be an early spring to kick-start your plans. And when you’re ready, we’ll be here to help. It’s what we do!